Do You Feel Stuck in Your 9-5 Job? I Transition Online Challenge 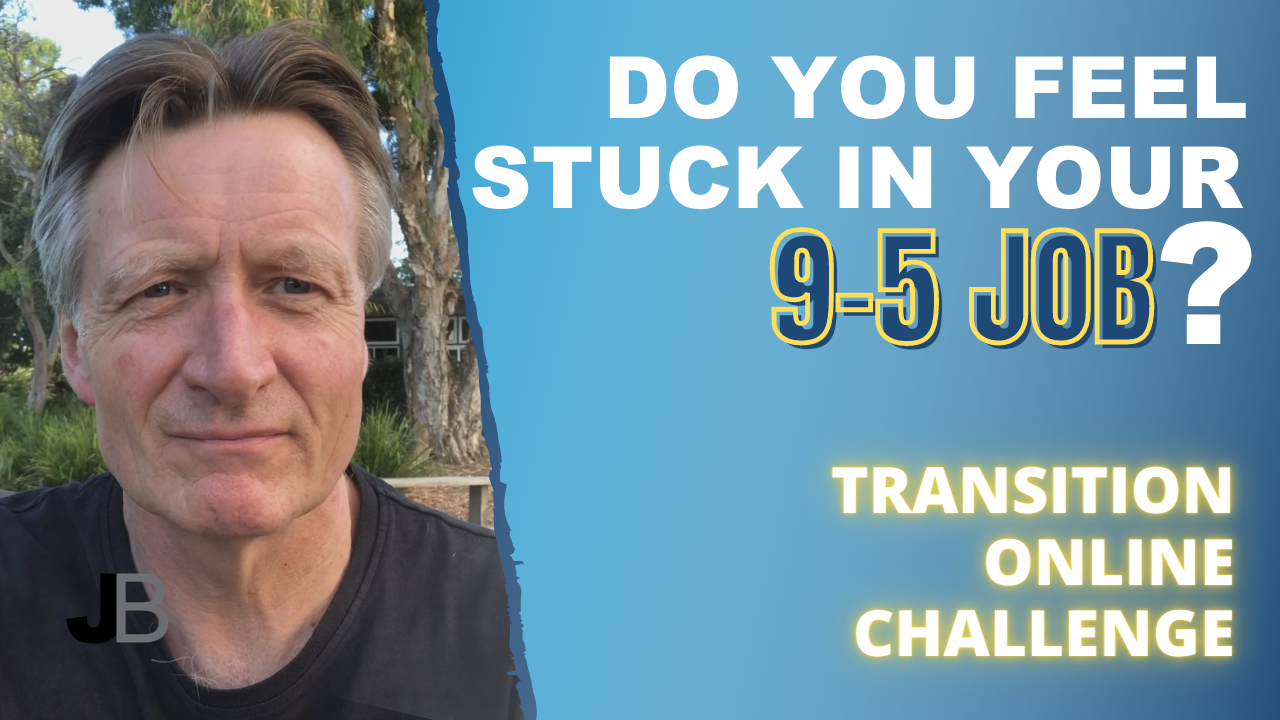 I just thought I'd take you back a couple of years with a little bit of a story today with my blog this week.

Two years ago, I had been out of the corporate world for a year and I was doing a lot of business coaching. to teach the young kids in that particular school. What it is I believe is really important today, that the education system is not teaching the younger generation, which is around mindset, problem solving, using your imagination, being creative and just the things that you know are so important in life that I've learned. But unfortunately, the education system don't teach the kids. And then that went to another school and another school. And I ended up I was teaching this academy, which I called my Young Entrepreneurs Academy in schools in Australia and three schools, one in Sydney, one in Melbourne and one just in and north of Brisbane. And I'm just outside one of these schools. And I just thought I'd come back to it because so much has happened to me in the last two years. And from coming out of the corporate world after a year, then spending a year coaching people and then starting my Young Entrepreneurs Academy. And I was in San Francisco about two years ago and almost like this week, and I was with a mentor of mine, Brendon Burchard, who if you're in the online world, you'll be familiar with Brendon Burchard, you know, very much a thought leader. And when it comes to online marketing and personal development, he's he's kind of way out there. Somebody said to me the other day he was the next Tony Robbins probably is, actually. And he was talking to him. And I joined his mastermind group and he was asking me what I did. And I was telling him I coached. And I also was telling him that I had a Young Entrepreneurs Academy. It was kind of an off the cuff comment, really, because I thought he'd be more interested in my business coaching. And he was but he was more interested when I talk to him about the Young Entrepreneurs Academy and he said I should put this into an online course. Brendon is very big in the online courses and membership programs. And he said to me, I should put it into an online course. And he said, he'd actually help me with it as well, which is amazing. And long story short, three months after I met him, I put together this online course, which I launched last year in April and nearly, 17, 18 months ago, maybe more, actually nearly 20 months ago. And I never believed what was going to happen because I'd been launching courses before and they'd all been just bombing. And, people were, one or two people were buying them. But I launched my Young Entrepreneurs Academy in April 2019 And within the first six months, over 600 people had bought my program now well over a thousand people had bought it. And I never thought that this would be possible. And it just transformed my whole life because now, my whole business is online. 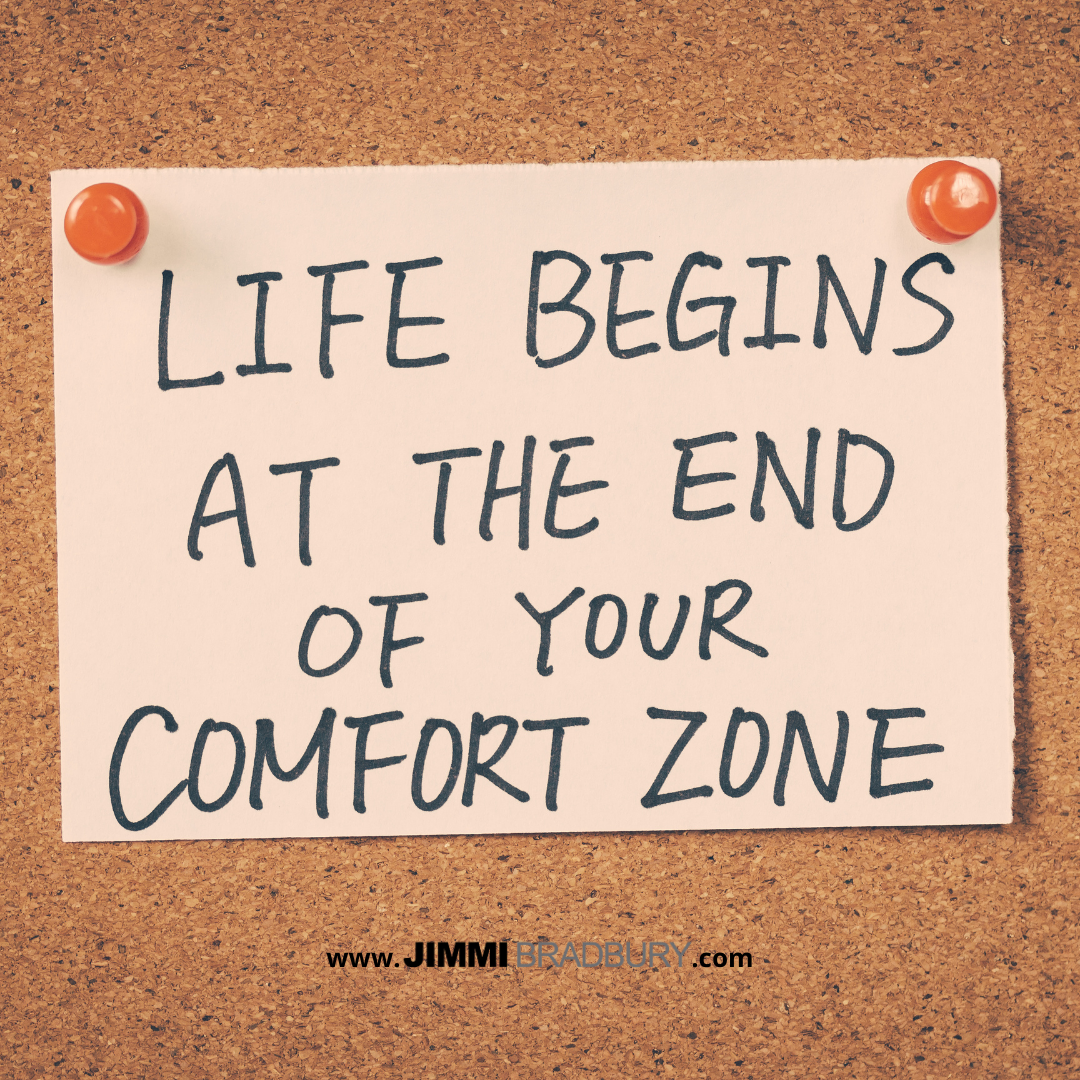 And it just it means that there's so much you can actually do with your life. You get so much more time and find your financial freedom. You're getting multiple streams of income and you're able to, in my case, you know, give it all back to people less well-off than I am who really actually need it. It's just great to wake up in the morning, people buying your program all around the world. seeing those PayPal notifications coming in when you're sleeping, that people have bought your programs and it's just beautiful. And I just thought, one of the things I'd love to do is just see more people into this space. And I know a lot of people today are struggling, particularly with what's happening with the pandemic and covid. And so many people are losing their jobs and so many people are, just feeling insecure and unstable. And I think one of the ways that you can take back that stability and build security in your life is to actually have an online course of program. And I thought to myself, well, why don't I show other people how to do what I did, what the things were that actually worked, the things that didn't work, and be able to show people in a way that they could then at least have the opportunity to become aware and if interested, then be able to build an online business, which actually gives you time and financial freedom. And whilst I'm outside the school here, like when I look back on this, I don't have any experience of teaching kids in in school. I have a daughter who is very successful entrepreneurially, but wasn't very good at school, a bit like me, but I just had this ability to be able to see an opportunity to be able to help people. I also then be able to see with Brendon's help how you could scale this to the world, because you know, over a thousand people have bought my program from all five continents of the world. I'd never be able to do that, just teaching it in schools. That had to be a way that I could scale it. And it's all online. So what if I could show people how to do that? And that's why I've decided to put together on the 30th of November a three day challenge and master class to show you how it is. You can take your knowledge and experience, your wisdom, your hobbies, your passion, be able to build an online business from that. Or maybe it's just a side hustle that you want to earn additional revenue and income and take back some of that security, build some stability, add additional revenue and be able to have more freedom and be able to enjoy this world. Because I know a lot of people are struggling and I know that this can help them. So if this is something that is of interest to you, to be able to take your knowledge and experience and be able to monetize it in a way that you can not only help other people, but you can also be able to have time and financial freedom because you've got that ability to be able to earn additional revenue. Then I'd love you to be part of my three day challenge master class, and it's going to be absolutely free. I'm going to put a link below this video where it is. You can just click on the link register and then just find out what this online world is all about. Even if you don't do it, at least you're aware of it. And I know so many people today are thinking there is something beyond the nine to five job. There is something beyond trading your time for money, the paycheck or the fee, which I had for 25 years. And if that somebody is you and you were interested in taking a skill, a passion, a hobby, a profession and being able to put it in a digital format, like I've been coaching people now one on one on how to do this from all around the world, from all walks of life, Olympic athletes, CEOs of multimillion dollar companies, single parents working from home, school teachers, yoga teachers, physiotherapists. And the list goes on for the last 18 months on how they can do exactly what I've done. If that's of interest to you on the link below, just click on it, register for free, and then I'd love to show you what I've learned. And then you can decide for yourself and for me this is my future. I wish I'd found out about this earlier, but at least I can now show other people how they can do it, too. I'm going to leave you with the birds chirping in the background. It's just gorgeous. I just leave you also with a pen around of the school where I am, which is in Australia. It's a school that I used to teach my Young Entrepreneurs Academy, and I don't anymore, here in the schools because everything is now for me online. But I do come back here from time to time and still got some beautiful students of mine that were part of my academy. You can see some of them on the home page of my website to me and yeah, if you're interested, I'd love to see you there. Don't forget 30th of November. So it's kind of week after next. And don't forget to click on the link below. Register for free and I'll see you then.

Make sure you sign up for FREE using this link  https://bit.ly/3532WF2