My story of transition- Things I wish I knew before 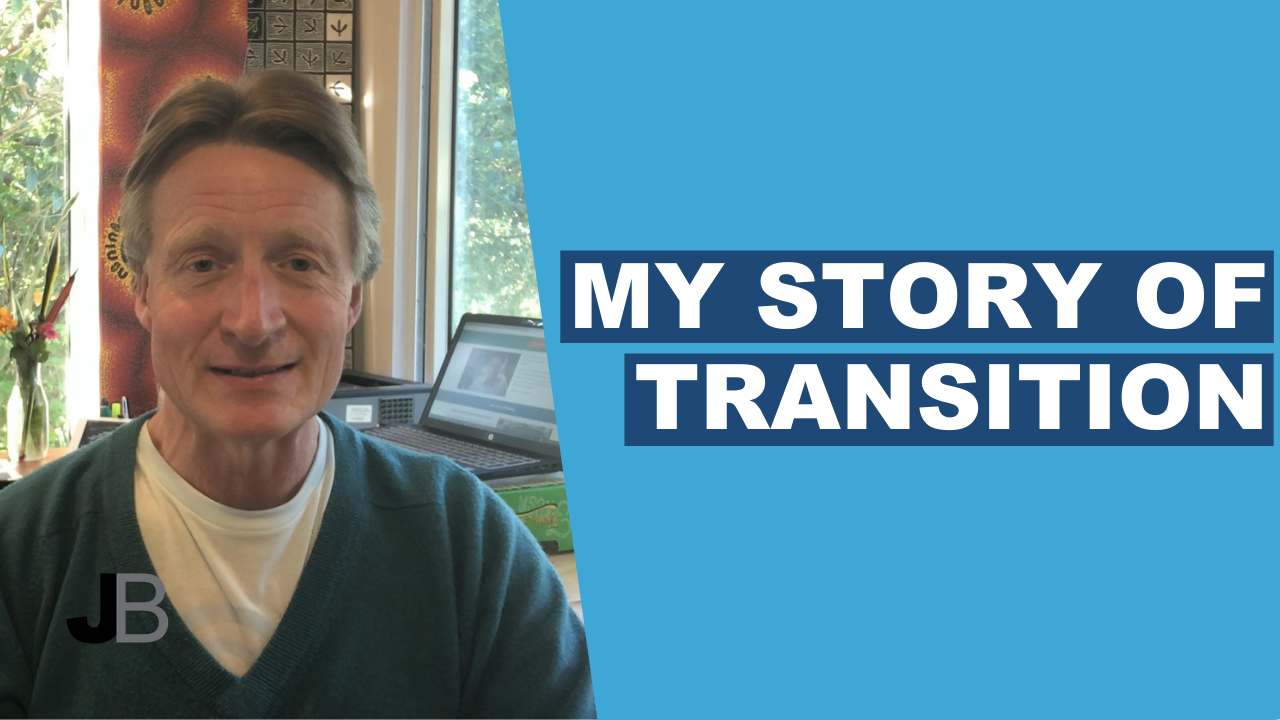 Hi, my name is Jimmi Bradbury, I'm an international executive business coach and I'm also the founder of the Young Entrepreneurs Academy. And so many people have been asking me recently, what are you doing now, Jimmi? Because a lot of people in the past have known me from working in the corporate world where I worked for 25 years. So I thought I'd do a blog this week and just share with you a little bit about my story and also my transition out of the corporate world. And now where all of my business is, my coaching and training business, which is online.

So I qualified in Ireland when I was in my 20s and at that time there was no work in Ireland. So I went over to England and I worked there for 10 years in a multidisciplinary practice. Then I went to I worked in Hong Kong and Philippines, Los Angeles, New York, then came back to London and headed up their international business. We floated on the stock market in London in 2007 on his main board director. And then for four years, I grew that business beyond just the flotation. And then in 2011, I decided to give it all up, much to my father's disappointment. I don't think he's ever forgiven me giving up that big salary, the big bonus and everything that comes with it in the corporate world when you rise up through the ranks. But I always believed that I wanted to do other things in life, and I knew I couldn't do them in the corporate world.

One of the things I didn't do was really plan out how it is. I was then going to do life outside the corporate world. So I just thought in this video today and in this blog, I thought I'd share with you, if you are watching this and you are looking to transition online, there's a couple of things that I would recommend very much that you actually do.

But in 2017, I was introduced to the opportunity to take my knowledge and experience, being able to share with the world and put together programs and courses based upon what I knew over the years and then being able to promote it around the world. And I at that time saw so many people doing this and absolutely crushing it. You know, they were working from their homes a bit like me here, working from my kitchen table where I've been for the last three years. And maybe you're just getting used to this in the global pandemic that we're all having to deal with. And they had no staff and all they had was a computer and an Internet connection, and they were just absolutely crushing it. And it was incredible. And when I saw this and did the research, I thought maybe this is something I could get involved with as well. And then I spent about a year, so that was the first year and late 2017, early 2018. And I was putting together online courses and programs and they were brilliant. I look back on them now and they're they're fantastic because I Took a lot of time to put them together.

But the problem was nobody was buying them. And then I thought to myself, how do people do this? They put together online courses and program based upon their knowledge and experience, and they're able to be really successful. And I tried again and again and again. And every time they bombed, I think the first one I got one person in, the second one got one I think, the third one I got two and then the fourth one I got three. And I just thought of I put together these really good courses and nobody is buying them. And frankly, I was actually honestly, I was on the point of just giving it all up. It was it was too difficult and I was not getting anywhere. And then I was asked if I would be interested in talking to this coach who was successful, very successful,in fact, in the online world. And I decided to meet with him and everything after that just transformed. It was incredible. He actually showed me the map of how it is you can be successful in the online world.

So I knew how to transition online, probably I could have done a lot better and now I know how it is. You can be successful online. Last year he helped me put together my Young Entrepreneurs Academy online course, which I used to teach in schools in Australia. And then he helped me put together an online course and then within the first six months, over 600 people had bought that program. Now it's going well through a thousand.

And and I look back on it and I'm Going to share with you now a few things that if you are looking seriously to transition online out of the corporate world, give up that trading your valuable time for money, the paycheck or the fee, leverage off of technology, which is, really good today, earned multiple streams of income. So recurring income because you might have a membership program, residual passive income because you might have an online course or a bit of linear income as well. Where you've got a coaching program, you can earn multiple streams of income online just based upon your knowledge and experience. And this is what I coach people to do all around the world. From Olympic athletes to CEO of multimillion dollar companies, to retired military generals in the army, to doctors working on the front line of covid-19, to actors, to yoga teachers, and the list goes on.

Here are a few things I want to suggest to you, that if you are serious about transitioning online, no one has a plan, that might sound like common sense, but in my case it wasn't common practice. So I have a plan of how it is you're going to transition out online. And once you've got that plan in place, put a date as to when it is you are going to transition.

Now, whether that's part time or full time, but have a date where you're committed to doing that, because I think once you get that commitment into your head, then it's amazing how the subconscious checks it in a little bit like going on holiday when we used to be able to go on holiday overseas. You know, we put that date in the diary. We tell the families, we told our friends, we booked the flights, we booked the hotels and everything, then worked back from that. So it's really important to commit, that’s number one. Number two, to believe in yourself.

I think so many people, including myself, when I was in the corporate world and thinking about doing something else, we just don't fully believe in ourselves and the the ability that we've got truly, for me, if there was no one thing, it would be get that self belief and develop the mindset that is strong and resilient to be able to help you grow and be able to really develop what you really want to do in this life. So it is really important that you develop a good, strong, resilient mindset and self belief.

Number three, it really is important that if, for example, you want to go online, that you surround yourself with like minded people. And that might mean, unfortunately, having to give up some or part of your existing relationships or colleagues that might very well be in that nine to five job or the corporate world. But it is really important that wherever it is you want to go to, wherever it is you want to transition to, that you do it surrounded by a group of people who are already in that space. That's really important.

And tip number four, like with the mind set part that I mentioned earlier, if there was one other thing that I would really recommend to you, because I learned the hard way by not doing it was to actually get a mentor or a coach who is ahead of you and where itis now day or that you want to get to and get them to mentor or coach you on that journey to get there as well. I wasted so much time in the beginning, besides not having a plan, but then not getting a coach quick enough, who was then able to take me on the journey of where I wanted to get to. I've got a mentor first and then a coach, at that moment, everything transformed because then I had the map. I actually knew the route and how it is I could get to where I wanted to get to because that person was already there and they had gone on that path already. So really important that you get yourself a coach or a mentor. 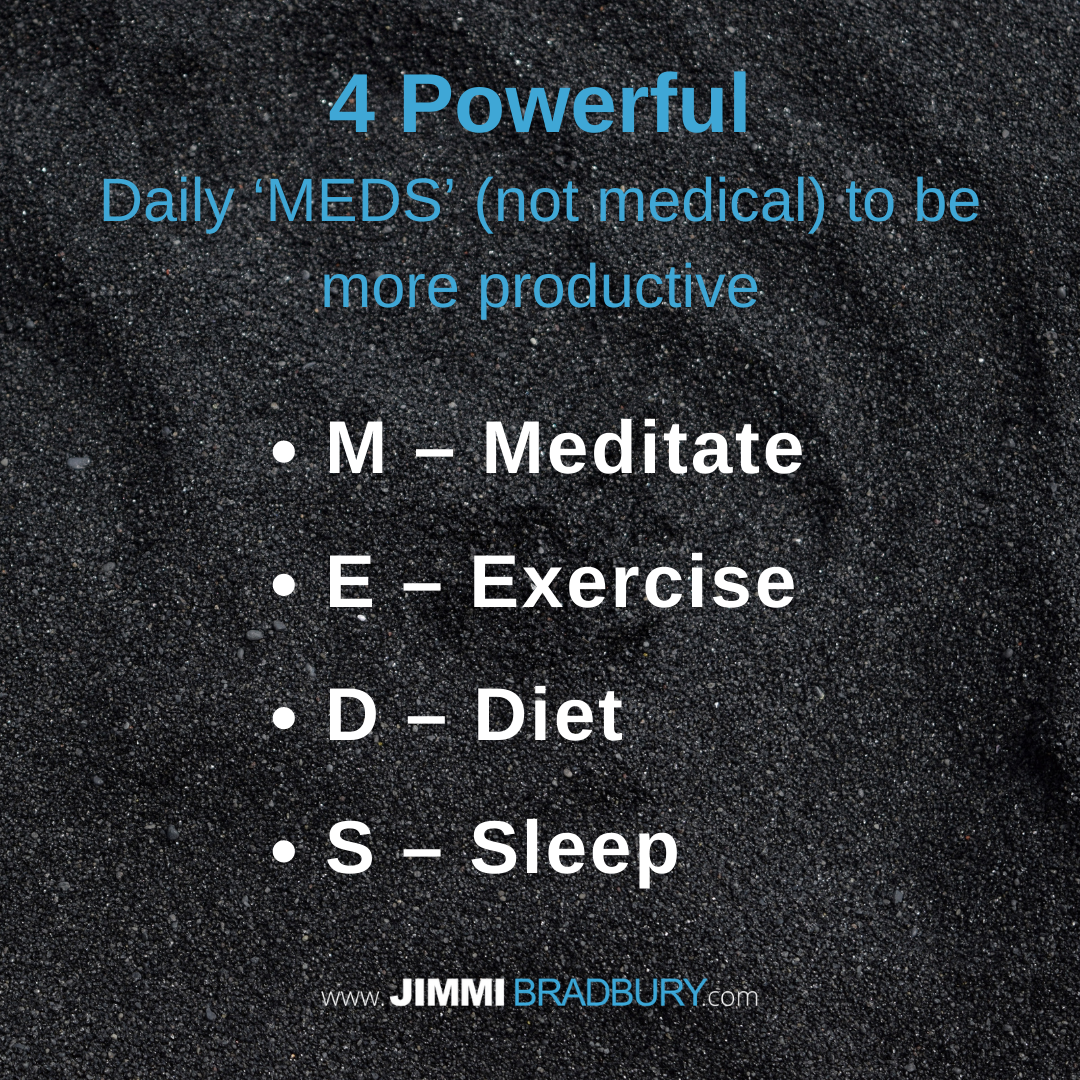 If you are interested in going online for three days, I'm going to run a three day. Challenge for free, and I'm going to show everybody who registers for free how it is you actually can go online and be successful and what are the big steps that you can actually take? And you will be really surprised how easy it is for people once they know those steps of how it is they can get online. And then I'm going to have a fourth master class where I'm actually going to bring italy together and actually give you the opportunity to have a strategy tailormade for yourself to go from where it is you are now today, maybe in that nine to five job or maybe in the 8 to 8 business that you own or whatever it might be, but you want to get online. And what I'm going to do is I'm going to put below a link where you can register for free and then be part of that challenge. I hope to see you there because for me, like coaching all of my clients from all around the world, from all walks of life, I want to help as many people at least be aware of the opportunity that's out there where no longer do you have to trade your valuable time for money, the paycheck, but rather you can take things that are your own, your knowledge and experience, be able to position yourself as the person with that expertise that nobody else has got. And the perspective on that topic, be able to package it digitally and put it together into an online course, and then promoted to thousands of people around the world and get paid for it in terms of multiple streams of income.

I want to show people at least that opportunity, even if they don't do anything with it afterwards. Coming to the challenge of the masterclass, you'll find that out after that. Then it's up to yourself what you want to do with it. And if I can do that for people, then for me, that makes me happy and fulfilled. So I am hoping to see you on the challenge and the master class, and I will put the link to it for you to register for free below.

If you need to know anything more about me on my website www.jimmibradbury.com and all the usual social media platforms.

Most importantly, keep well and keep safe. And I look forward to seeing you very soon!